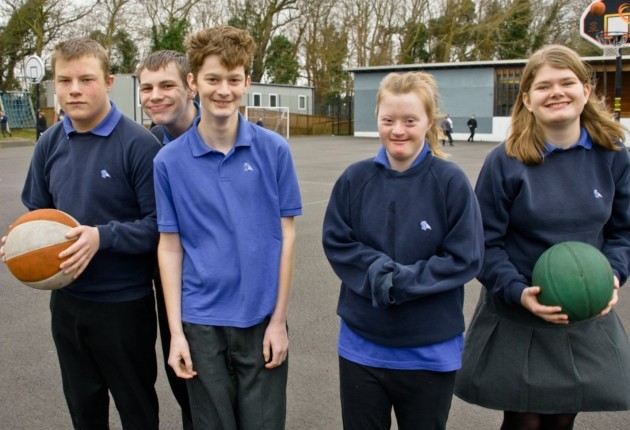 The Mercury is supporting Westhaven School’s bid to raise money for a new sports hall and changing rooms.

Westhaven School in Uphill caters for 96 pupils with a range of learning difficulties or physical disabilities which mean they cannot use the facilities available in mainstream schools.

Over the past 10 years, Westhaven has expanded to include a horticulture department, new play areas, and computers, but unlike other schools, it still lacks a dedicated sports hall, despite catering for pupils of secondary school age.

Instead, a single hall is used to accommodate its pupils for PE, assemblies and lunch, too. Its changing rooms are not large enough to accommodate the 15 students who use it each PE lesson. The school already has a number of supporters who will contribute towards the project, as well as pledges from construction firms to carry out some of the work. But additional funds are needed, and PE staff and headteacher Tracy Towler are appealing through the Mercury for people from Weston and the surrounding area to help make the dream a reality.

PE teacher Tommy Barlow hopes to secure enough funding to build a dedicated sports hall on the school’s grounds and transform the sporting opportunities on offer. The new hall would have two changing rooms, and could also be used by the wider Uphill community.

Ms Towler said: “We would love to have a sports hall. We have lots of after-school clubs, and it is quite an old school so the changing rooms are not fit for purpose, and because what we offer is so outstanding, we would love a state-of-the-art centre to complement that. It would be fantastic for the staff as well, because they all work incredibly hard to make sure young people all make great progress.”

“We believe our students deserve the best and are prepared to work really hard to get this outside of normal school budgets.”

Donations can be made by cheque directly to the school. They must be made payable to ‘Westhaven School’ and donors must say whether they want their donation to be anonymous and mention the donation is for the sports hall project.

If you’re planning a fundraiser in support of Westhaven’s appeal, we would love to report on your efforts. Let us know by emailing newsdesk@westonmercury.co.uk