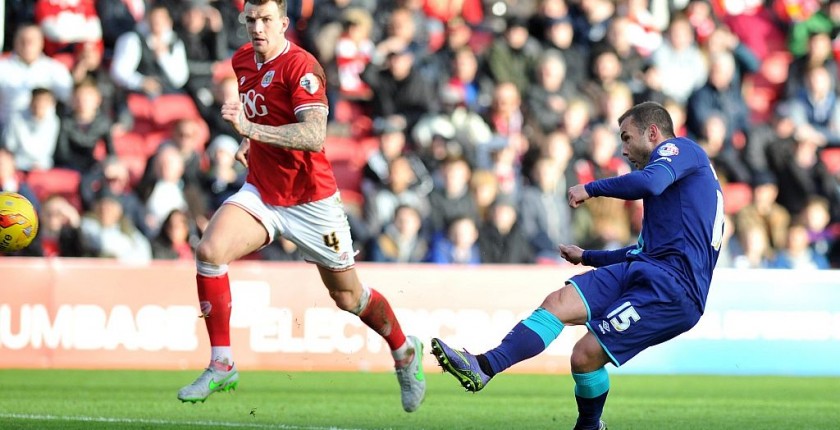 Once again the football club took part in our bi-annual pilgrimage to Ashton Gate to watch our favourite local football team. This year City are back in The Championship but the early season has definitely been a time of readjustment after the victories of last season in the lower league. At least City are now out of the relegation zone and starting to pick up points on a regular basis even if it is not three points every week.

The visitor’s side was managed by Steve Bruce and contained many players who have played in the Premier League and Trevor Huddlestone has played for England! They were a classy outfit and although City went one nil up in the first half, it was inevitable that Hull would eventually level the scores and after that it was just a question of City hanging on for the draw.

Westhaven were name checked at half time which was nice too!

We all loved the new look ground, it is going to be fabulous when all the stands get modernised.

Now there were some bad bits to go with the good:

Firstly – it was FREEZING cold!

Secondly – there were so many people at the match that it took us 30 minutes or more just to get out of the car park!

Thirdly – Mr Barlow was so engrossed in the match and buying BMs half time snack that he forgot to get his half time photo of the group so we will have to settle for a photo from the media (below).

Thank you to Mr Bevan for giving up his Saturday and once again our most grateful thanks to Avonline (Bristol) for allowing us to use their car park for free. Avonline have been extending this kindness to Westhaven School for about five years now – thank you!